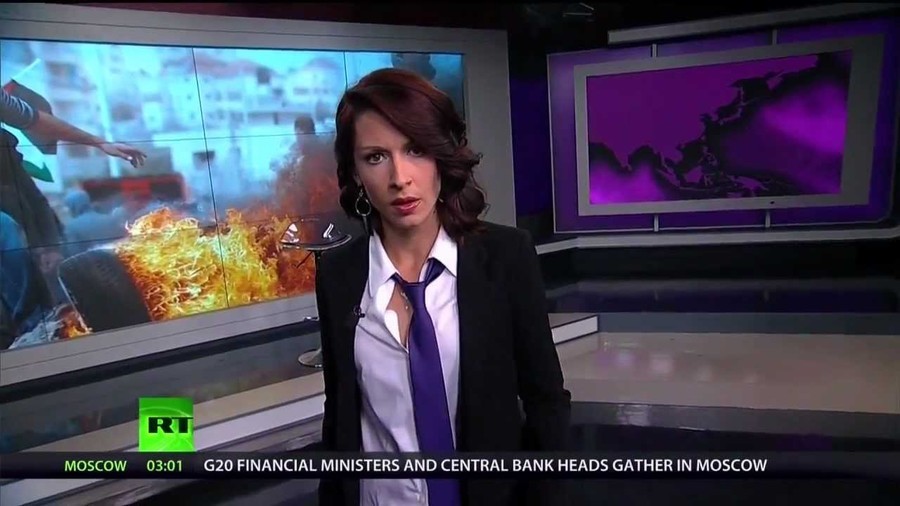 An episode of Abby Martin’s Empire Files, featuring journalist Max Blumenthal and spotlighting rising militarism in Israel, has been blocked by YouTube in 28 countries, including Israel and the UK, for violating “local laws.”

“Just notified by YouTube that Abby Martin’s interview with Max Blumenthal has been blocked from being viewed in 28 countries (including Israel) to ‘comply with local laws.’ Actions disabled & warnings for viewers elsewhere,” the program’s official Twitter account related on Thursday.

Entitled “Jewish-American on Israel's Fascism: ‘No Hope For Change From Within',” the episode featured a discussion between Martin and journalist Max Blumenthal about the increasingly militaristic, racist attitude of Israel towards Palestinians.

“YouTube has claimed that it removed my interview on Israel-Palestine with Abby Martin to comply with laws in 28 countries. However, nothing I did or said in the discussion was even remotely illegal, even in countries with the strictest hate crime laws,” Blumenthal told RT in an email.“My comments were based entirely on my extensive journalistic experience in the region and my analysis was clinical in nature. At no point did I denigrate anyone based on their faith or ethnicity.”

Blumenthal said that his comments were “motivated by a strong opposition to Israel's systemic discrimination against Palestinians,” and his “dedication to equal rights for all.” He called the YouTube's decision “a political one and likely made under pressure from powerful pro-Israel interests.”

Viewers from around the world responded to Empire Files’ tweet, reporting that the video includes a warning that is has been “identified by the YouTube community as inappropriate or offensive to some audiences.” The video’s description, view counter, comments section, as well as ‘like’ and ‘dislike’ options have apparently also been disabled by YouTube.

According to Blumenthal, this isn’t the first time YouTube has censored his commentary and journalism on Israel-Palestine. In 2010, he made a viral video exposing “racist extremism” in Israel, which received widespread media coverage and was subsequently removed from the platform without explanation.

“The trend of censoring material that presents Israel in a less than favorable light has only intensified as establishment attacks on critical voices expands. This latest episode confirms my view that the pro-Israel lobby and its willing accomplices in Silicon Valley present one of the greatest threats to free speech in the West,” Blumenthal told RT.

Last year, YouTube invited the Anti-Defamation League (ADL) to join its "Trusted Flagger" system. The ADL defines opposition to Israel's system of apartheid as a form of anti-Semitism. Blumenthal told RT that he believes the ADL is likely behind the suppression of his interview with Martin.

Empire Files, the documentary and interview program airing on teleSUR, is known for addressing hot-button issues that are often overlooked or ignored by traditional media.