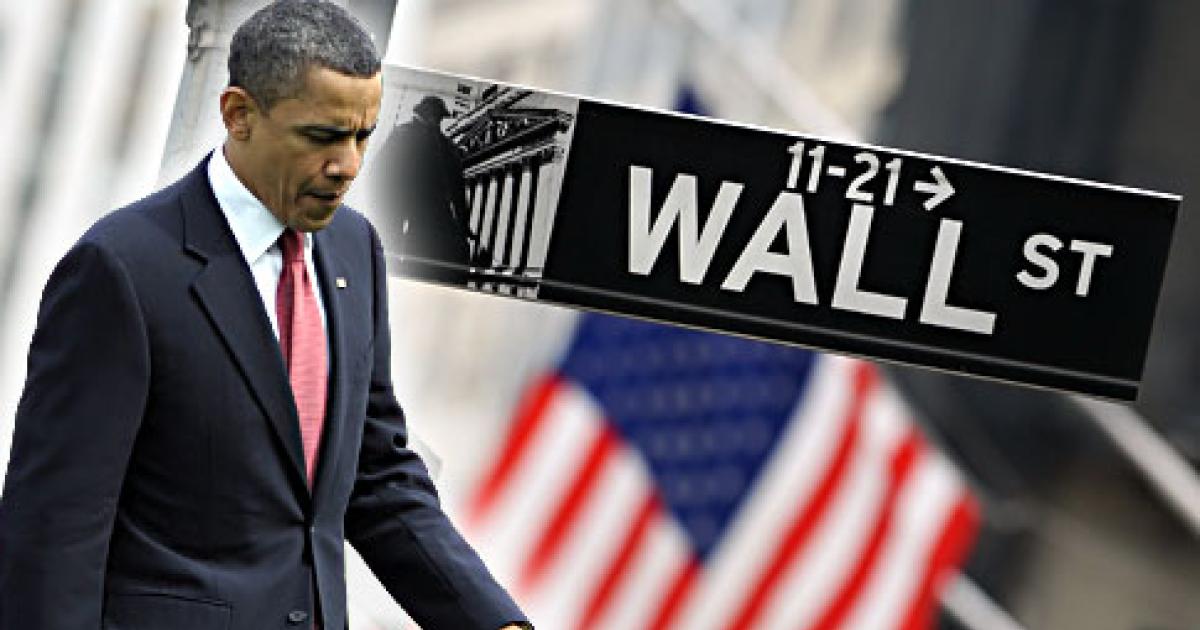 While Donald Trump decides who will be in his cabinet, here is a reminder to the Mainstream media… Obama didn’t even pick his cabinet, Citibank did.

In a John Podesta email revealed by Wikileaks, one month before the Presidential election of 2008, the Wall Street giant Citibank submitted to the Obama campaign a list of its preferred candidates for cabinet positions in an Obama administration. This list corresponds almost exactly to the eventual composition of Barack Obama’s cabinet.

The email was written by Michael Froman, who was then an executive with Citigroup and currently serves as US trade representative. The email is dated Oct. 6, 2008 and bears the subject line “Lists”. It went to Podesta a month before he was named chairman of President-Elect Obama’s transition team. He attached three documents: a list of women for top administration jobs, a list of non-white candidates, and a sample outline of 31 cabinet-level positions and who would fill them. “The lists will continue to grow,” Froman wrote to Podesta, “but these are the names to date that seem to be coming up as recommended by various sources for senior level jobs.” 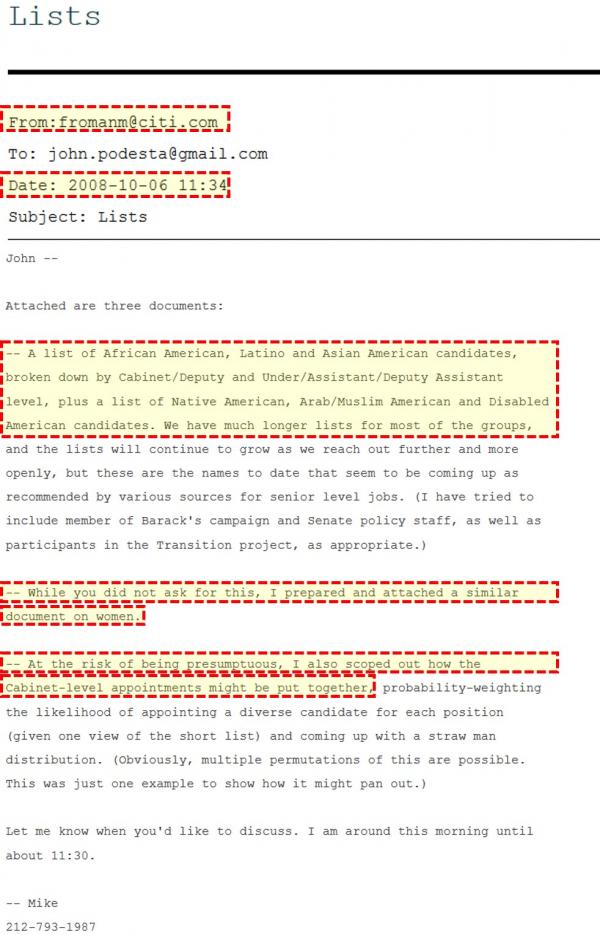 The cabinet list ended up being almost entirely on the money. It correctly identified Eric Holder for the Justice Department, Janet Napolitano for Homeland Security, Robert Gates for Defense, Rahm Emanuel for chief of staff, Peter Orszag for the Office of Management and Budget, Arne Duncan for Education, Eric Shinseki for Veterans Affairs, Kathleen Sebelius for Health and Human Services, Melody Barnes for the Domestic Policy Council, and more. For the Treasury, three possibilities were on the list: Robert Rubin, Larry Summers, and Timothy Geithner.

As a side note: Remember the time that Native American Senator Elizabeth Warren called out the Obama administration for being a wholly owned subsidiary of Citibank?

One Response to “Obama Didn’t Even Pick His Cabinet, CITIBANK DID”