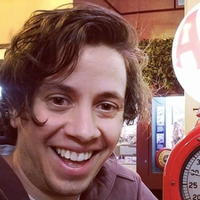 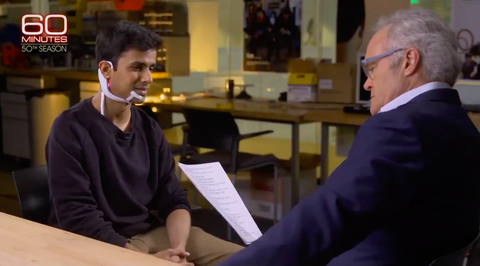 Last night's 60 Minutes took a look inside MIT's Media Lab. Calling it"the Future Factory, " the show got a look at some of the remarkable projects being built, including devices that can Google your thoughts and capture the brain's creativity while going to sleep.

Ever since its creation in 1988, books like Steward Brand's The Media Lab: Inventing the Future at M.I.T looked at its early work in studying how to create holograms, recreate human motion, create flatscreens, and a host of other technical achievements of the past.

As for the present, 60 Minute's Scott Pelley gets a firsthand look at a variety of projects from the Media Lab, with the most outlandish being the brain-to-Google device. Called AlterEgo, the system detects neuromuscular signals in the jaw and face that stem from internal verbalizations, the brain's thought process. After detecting questions in the mind, AlterEgo then transmits the answers through bone vibrations in the ear canal. This allows for the user's natural listening process to continue unabated.

Other projects include growing plants without dirt, building better prosthetic limbs, and robots that record thoughts at the moment between consciousness and sleep, attempting to capture the brain at its most creative.