READ THIS REPORT AND SEE WHAT YOU THINK:

Science, physics, theology, math, electronics, philosophy and magic have all merged and look at what they have given birth to.

PROCESSING THE FUTURE WITH YOUR MIND.pdf 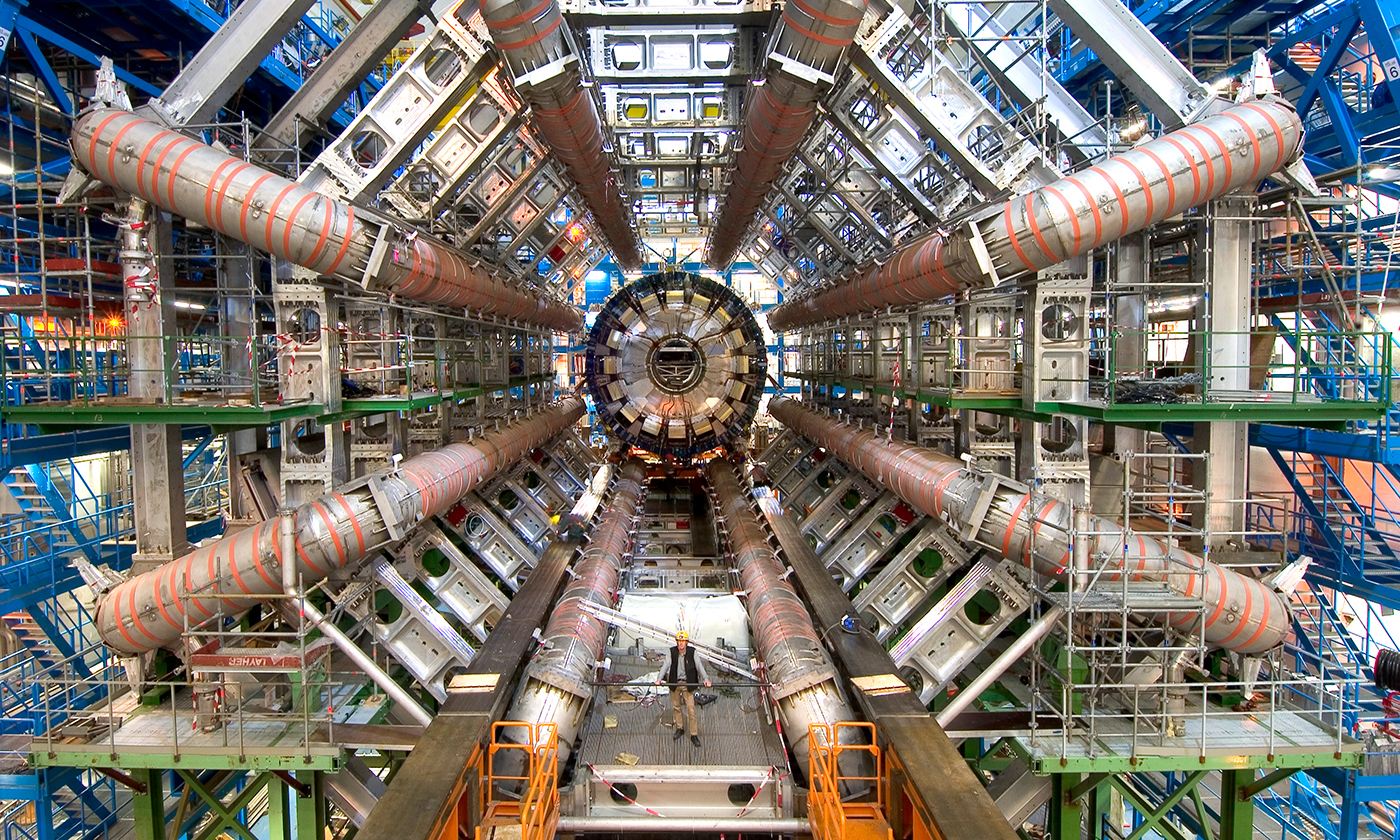 Excitement is in the air at the Large Hadron Collider (LHC), the powerful accelerator at CERN (the European Laboratory for Particle Physics) near Geneva. Last year, researchers there recorded faint but extremely promising signs of what could be a new particle that does not fit within the current theoretical model. The LHC is now about to resume operation after being shut down since December for annual maintenance. If its next run confirms the existence of the new particle, that could open the long-sought passage to ‘the new physics’ – and, hopefully, answer some big, longstanding questions.

Experimental physicists and theorists have always worked together trying to understand nature’s underlying laws. Out of this collaboration emerged the ‘Standard Model’, which describes the fundamental particles and the ways that they interact to form all matter we see around us. At some times, experimental discoveries prompted fresh insights or confirmed what theorists already suspected. At others, theoretical predictions sent the experimentalists on a specific search. This was the case back in 1964 when physicists Robert Brout, François Englert and Peter Higgs predicted the existence of the Higgs boson, the particle that was discovered in 2012.

The Higgs boson filled in the last missing piece of the Standard Model, but this model is itself clearly incomplete. None of its particles has the properties of dark matter, a mysterious entity that is five times as prevalent as all the ordinary matter (everything made of atoms, which in turn are built from quarks and electrons) visible in the stars and galaxies. The Standard Model also does not explain the wide range of masses of the fundamental particles, nor why antimatter seems to have nearly completely disappeared, leaving the Universe filled almost exclusively with matter.

That is why, after spending nearly 60 years building the Standard Model, particle physicists are now terribly excited at the prospect of finally breaking it. The flaws of the model were well known, but no one knows what the right model might be. Theorists have been stuck for decades, exploring a vast array of ideas but lacking the data to tell them if they were on the right path. Only an experimental breakthrough can help them move forward, and the LHC might have already made it.

Researchers at the LHC hunt for signs of new physics by smashing together beams of protons at nearly the speed of light. The energy liberated by these collisions materialises in the form of various particles. The higher the collision energy, the more massive the particles that can be produced, following the equation E=mc2 that states that energy and matter are equivalent and interchangeable.

For the first time last year, the LHC produced collisions with an energy of 13 trillion electron volts (TeV), far above the 8 TeV it had achieved before. If new particles exist – beyond the known ones comprised within the Standard Model – that energy upgrade potentially brought them within reach. Given the technical difficulties associated with raising the LHC’s operating energy, the data sample accumulated in 2015 was small. Hence, the researchers found just a handful of unusual events. The presence of a new particle can only be confirmed with more data, which should be available by this summer.

Massive particles are unstable and break down so rapidly that all physicists can see is the trail of secondary decay particles they leave behind. It this case, the trail was an intriguing excess of events containing two photons with a combined mass of 750 billion electron volts (GeV); that is, these pairs of photons all seemed to emerge from an unknown particle six times as massive as the Higgs boson and 800 times the mass of a proton.

The mere announcement of what might be the first signs of a new particle, delivered at the end-of-the-year LHC seminar on 15 December 2015, sent theorists into a frenzy. Expectations are so high that there are already 338 scientific papers on the possible nature of this new particle. But without experimental clues, there is no way to determine which of the 338 models – if any – is correct. As Alessandro Strumia, a theorist from CERN, recently put it in a review of the possibilities: ‘It could be anything or nothing!’ When the properties of the new particle become known, he anticipates a ‘massacre’ of theories as many ideas will be ruled out.

No one knows yet what the successor to the Standard Model will look like, but we hope it will address at least some, if not all, the big questions left unanswered by the current theory. In particular, the new theory should be able to describe dark matter, give some clues about the imbalance between matter and antimatter, and explain why the various building blocks of matter have such different masses. It must also incorporate all of the extremely successful descriptions contained within the Standard Model, but go much further.

Any new particle or phenomenon that advances physics toward such a grand theory would be more Earth-shattering than the discovery of the Higgs boson or the recent detection of gravitational waves. Both of those had been predicted for many years; finding them was an experimental triumph, but it merely confirmed what was already theoretically understood, and did not deepen our fundamental comprehension of the Universe.

On the other hand, anything new that emerges from the LHC experiments will reveal some completely unknown aspect of how nature works. Even if the current excess proves to be just a statistical fluctuation, the LHC will keep pushing into uncharted territories, looking for other telltale anomalies.

Like thousands of other physicists right now, I can hardly wait.

FRIENDS AND CONNECTIONS: Robert Anton Wilson - HOW THE TOXIC TEAM AT THE TECH CARTEL'S FACEBOOK