This sad, sorry criminal case is in part what happens when a small class of people is allowed to behave however it likes

Ghislaine Maxwell now sits in a jail cell, after having been denied bail on charges of sexually trafficking minors. Maxwell is alleged to have recruited underage girls for the billionaire pedophile Jeffrey Epstein, and also to have engaged in acts of abuse herself. In one respect, the Maxwell/Epstein story is bizarre and unusual. It’s hard to think of any contemporary story of criminal misconduct comparable to that of Epstein, who reportedly wanted to inseminate dozens of women to “seed the human race with his DNA”. It’s also, however, a story about what happens when a small class of people is allowed to behave however they like without any constraints. 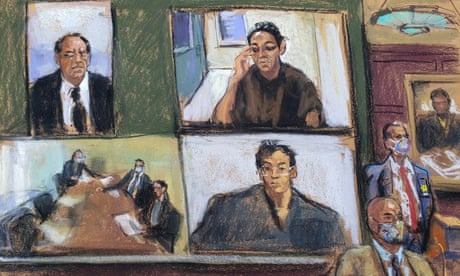 Jill Filipovic wonders at Maxwell’s behavior. What could possibly have been her motivation? She was a wealthy, Oxford-educated socialite. Why would she want to spend her time allegedly recruiting a stream of underage girls for an older man to abuse? Well, anybody can be evil and commit horrific crimes. But people’s crimes often make more sense when we understand their context. Maxwell had lived, from birth, in a world where the powerful freely exploited and abused others. She grew up in a 53-room mansion, the daughter of Robert Maxwell, an infamous publishing tycoon. Maxwell was described by those who knew him as “terrifying” and a “dictator”, a man with “a fundamental dishonesty about everything he said and did”. He died mysteriously at sea in 1991, having fallen from his yacht, Lady Ghislaine. After his death, Robert Maxwell was discovered to have committed massive fraud and theft, having raided and ransacked his employees’ pension fund (a crime that affects retirees to this day).

Ghislaine Maxwell became associated with Epstein soon after her father’s death. Epstein moved in the country’s most elite circles, with associates including Bill Clinton, Donald Trump, Alan Dershowitz, Prince Andrew and Steven Pinker. Maxwell attended Chelsea Clinton’s wedding, and “had a massive Rolodex of influential people”. Epstein built “a 21,000 sq ft mansion on a 10,000-acre ranch in New Mexico which he boasted made his New York townhouse ‘look like a shack’”, in addition to his Palm Beach mansion, plus his 72-acre “island of sin” in the Virgin Islands and “an 8,600 sq ft home in Paris, which is said to have featured a specially built massage room”.

According to a thorough recent profile in Vanity Fair, Maxwell was reportedly put in charge of managing Epstein’s affairs, “organizing armies of staff in the various locations, coordinating everything”, including obtaining minors for him to sexually violate. She was reportedly “almost as demanding and bombastic as her father” had been, “call[ing] people her minion, piglet, polyp … [s]o you felt like you were nothing”.

Epstein in turn was a screamer who would make Maxwell cry when she displeased him. Maxwell reportedly ran a whole network of sub-recruiters, who “were allegedly told to target young, financially desperate women”. The whole process recalls the Marquis de Sade’s disturbing 120 Days of Sodom, in which a group of decadent aristocrats in a castle kidnap and abuse dozens of teenagers.

It should be obvious to anyone that abuse is enabled by the possession of power and wealth. Harvey Weinstein was able to commit rape and assault because he was in charge of a production studio, and he could make or break people (and could afford to hire ex-Israeli intelligence officials to dig up dirt on any who crossed him). Bill Cosby was one of the richest and most famous comedians in the world. Bill O’Reilly was the top anchor on Fox News. Donald Trump admitted that when he was in charge of the Miss Universe pageant, he used to deliberately walk in on teenage girls changing so he could ogle them. “I’m allowed to because I’m the owner,” he said. Far from trying to stop him, Miss Universe employees encouraged the girls to lavish physical affection on Trump when he showed up.

The world of the global super-wealthy is a world in which there is almost no accountability, because the people in it have such tremendous capacity to hurt or reward others. Even after Epstein’s original criminal conviction, he was not shunned by prestigious institutions like MIT, because he had a mountain of money. It would be a mistake, then, to see Maxwell as nothing more than some uniquely disturbed person. She was nourished by a culture where there is no incentive not to do whatever the hell you want, regardless of its effects on the vulnerable. We should be careful to remember that putting Ghislaine Maxwell in prison will not change that culture.

With the conviction of Weinstein, it does seem as if there is a trend in the direction of “not tolerating sex crimes as normal and defensible”. But ultimately, the way to prevent the powerful elite from abusing people is to not have a powerful elite at all. Epstein – and allegedly Maxwell – could do what they did, and get away with it for so long, because they had wealth and knew people. They chose teens who were financially desperate. Eliminating the existence of financial despair and extreme wealth concentration is thus an important part of making sure there are no more Epsteins and Maxwells.

It should be stressed that Ghislaine Maxwell is innocent until proven guilty under the law, and that the United States criminal punishment system can be deeply unfair. Maxwell has been transported to the Metropolitan detention center in Brooklyn, an infamous facility that left inmates without power or heat for days in the winter earlier this year, and has had a Covid-19 outbreak. One does not wish to lapse into schadenfreude about this: nobody deserves America’s prison system.

But of course, there’s still a good chance Maxwell will evade punishment. Epstein himself originally got what was essentially a slap on the wrist after abusing scores of girls, because he was rich and influential and the quality of a person’s defense representation depends on how much money they have. (One way to make the punishment system more egalitarian would be to ban private counsel, so that everyone had to to use the public defender’s office.)

Maxwell has already been able to evade the law for much longer than anyone with less wealth and fewer social connections. But whether she ultimately walks or not, let us be careful not to focus excessively on Maxwell’s individual pathologies. We must also understand the social and economic milieu that made her alleged actions possible.

Brotopia: Breaking Up the Boys' Club of Silicon Valley ...

https://www.amazon.com/Brotopia-Breaking-Boys-Silicon-Valley/dp/0735213534
"Brotopia is more than a business book. Silicon Valley holds extraordinary power over our present lives as well as whatever utopia (or nightmare) might come next." --New York Times Silicon Valley is a modern utopia where anyone can change the world. Unless you're a woman.

https://en.wikipedia.org/wiki/Brotopia
Brotopia: Breaking Up the Boys' Club of Silicon Valley is 2018 non-fiction book by Emily Chang.It is her debut book and was published on February 6, 2018, by Portfolio, a division of Penguin Random House. The book investigates and examines sexism and gender inequality in the technology industry of Silicon Valley.It was an instant national bestseller and received significant media attention and ...
Videos
6:22
‘Brotopia’ author Emily Chang answers your questions
4.4K views

YouTube
4:31
Where Are All The Women In Tech? | Interview With Emily Chang
1.2K views

Dailymotion
0:37
Online Brotopia: Breaking Up the Boys' Club of Silicon Valley For Trial

Are these links helpful?YesNo

https://www.penguinrandomhouse.com/books/547571/brotopia-by-emily-chang/
About Brotopia. Instant National Bestseller "Excellent." —San Francisco Chronicle "Brotopia is more than a business book.Silicon Valley holds extraordinary power over our present lives as well as whatever utopia (or nightmare) might come next." -New York Times Silicon Valley is a modern utopia where anyone can change the world.

In 'Brotopia,' Silicon Valley Disrupts Everything but the ...

https://www.nytimes.com/2018/02/07/books/review-brotopia-silicon-valley-emily-chang.html
Feb 7, 2018A number of the men depicted in Emily Chang's "Brotopia: Breaking Up the Boys' Club of Silicon Valley" seem to be making up for lost experience, using their newfound wealth and power to ...
Images for brotopia More Images for brotopia

Brotopia: Breaking Up the Boys' Club of Silicon Valley by ...

https://www.goodreads.com/book/show/36288143-brotopia
Brotopia by Emily Chang is a decent, but very surface level, examination of Silicon Valley's misogynist culture. Considering the significance of the topic, Brotopia feels like a missed opportunity to expose and critique the tech industry in a productive way; instead, I felt that only summaries were given on most topics.

https://book.douban.com/subject/27622130/
图书Brotopia 介绍、书评、论坛及推荐 . Emily Chang is the anchor and executive producer of Bloomberg Technology, a daily TV show focused on global technology and Bloomberg Studio 1.0, where she regularly speaks to top tech executives, investors, and entrepreneurs.

https://www.audible.ca/pd/Brotopia-Audiobook/B079F9X29W
"Brotopia is more than a business book. Silicon Valley holds extraordinary power over our present lives as well as whatever utopia (or nightmare) might come next." (New York Times) Silicon Valley is a modern utopia where anyone can change the world. Unless you're a woman.

https://www.pbs.org/newshour/arts/discussion-questions-for-brotopia
"Brotopia" begins with some pretty striking anecdotes about the barriers to entry women have faced in Silicon Valley, including a Playboy image that became the benchmark for image processing ...

https://www.vanityfair.com/news/2018/01/brotopia-silicon-valley-secretive-orgiastic-inner-sanctum
Adapted from Brotopia: Breaking Up the Boys' Club of Silicon Valley, by Emily Chang, to be published on February 6, 2018, by Portfolio, an imprint of Penguin Publishing Group, a division of ...

OVER 1000 SAN FRANCISCO OFFICIALS, EMPLOYEES AND Why Is Silicon Valley Making Thousands Of BS